Speaking the truth about women’s bodies 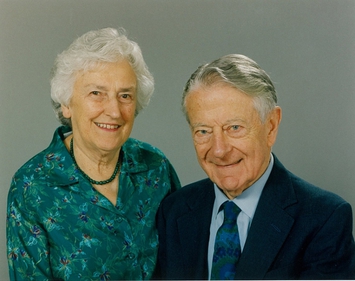 The world celebrated International Women’s Day on March 8, where the call for equality amongst women and men is still being resounded amid all the tragedy and pain people are experiencing.

This year the theme was #breakthebias because, according to the International Women’s Day website, internationalwomensday.com, “Whether deliberate or unconscious, bias makes it difficult for women to move ahead. Knowing that bias exists isn’t enough. Action is needed to level the playing field.”

To our brothers reading this who see women as equals, we thank you. We, however, need you to spread this message since many other brothers are not on the same page.

Our Lord Jesus did not look down on His mother, our Lady. Rather, He made her Queen of Heaven and Earth, and gave her eternal love especially when she stood at the foot of the cross.

Dr Evelyn Billings, one of the developers of the Method, was quite a remarkable woman. She was the wife of Dr John Billings, who discovered the Method, the mother of nine children and the mentor of thousands of Billings clients and teachers.

Because of her and her husband’s efforts, “The Billings Ovulation Method has helped millions of women around the world tune-in to their own bodies and achieve healthy, fertility control” (The Billings Method, New Edition).

You are probably wondering how a mother of nine children could have mentored people regarding birth control? The answer is simple.

The young Billings couple, recently married, had to separate due to World War II. After the war, they both wanted a large family and that they had and were responsible in providing for the needs of every child they brought into the world. They even adopted their last child. Their generosity was phenomenal in their openness to life!

When Dr John Billings discovered the Method by researching cervical mucus patterns, two other prominent scientists confirmed his research. They were all men.

When Dr Evelyn saw this scenario where men were talking about women’s fertility and reproductive health, she decided to join them, noting that women need to talk to women about this.

The new WOOMB International website, woombinternational.org, quotes Dr Evelyn Billings in the Vision of the organisation. Dr Evelyn stated the Billings Ovulation Method is, “Knowledge of her body that every woman ought to have.” Every woman needs to know about how her body and fertility functions. At BOMA-TT we are committed to speaking the truth about women’s bodies, that there are natural signs of fertility that women could know, the health of her reproductive system could be monitored, and couples could observe and know when to plan pregnancies or postpone them.

Senior Teacher Joan Ryan recalled the Billings’ visit in September 1984. “I shared with Mrs Billings my pain of a miscarriage and not being able to conceive for over a year. We chatted like mother and daughter after which I felt an emotional healing. The following month, October, I became pregnant and have that joy of a daughter and, later on, a son. Thank God for chosen women.”

When Pope Paul VI in Humanae Vitae predicted that the use of contraception would lead to the objectification of women, both women and men paid very little attention in 1968. Fifty years plus later, we are now seeing that his prediction came true.

Natural Fertility Regulation can enhance the love between the couple especially when, seeing each other as equals, they communicate, cooperate with each other and are generous with each other. The Billings Ovulation Method® empowers natural love!

Reaching out in humanity

‘My body, my choice’ bubble?

A nation of prayer warriors