Clergy on retreat, encouraged to minister to each other

The clergy of the Archdiocese of St Pierre and Fort de France gathered January 10 to 14 at the Foyer de Charité in Trinité with their archbishop in the spirit of prayer and reflection for their annual spiritual retreat.

The presbyterate of this Archdiocese, comprising 67 priests and two transitional deacons, is quite varied. Besides the priests from Martinique, there are others from various countries of Africa (Benin, Togo, Democratic Republic of Congo, Brazzaville, Madagascar, Ghana), Haiti, and Poland.

A report from the Antilles Episcopal Conference (AEC) said that the invitation to be the preacher of that retreat came from Archbishop David Macaire OP of Fort de France, through Fr Alain Ransay, who a few days later was named Bishop of Cayenne (French Guyana). 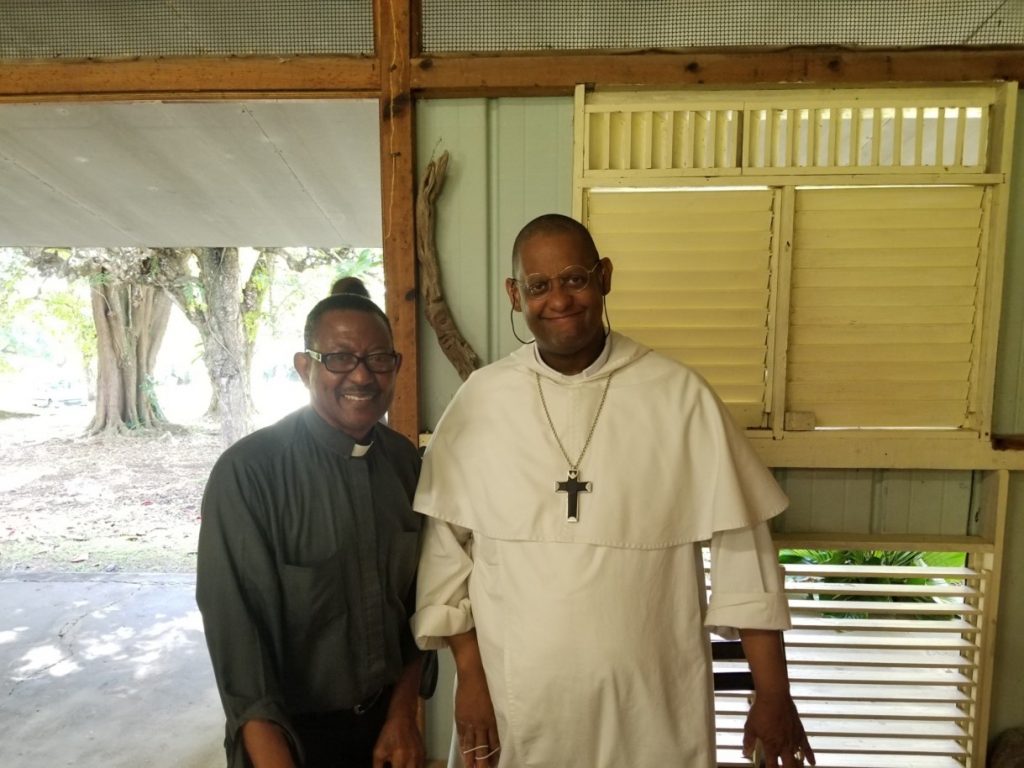 Msgr William John-Lewis of the Diocese of Roseau, Dominica, preached at the retreat—his first, and in a language that was not his mother tongue.

He chose the theme Reclaiming our priestly character (Récuperer notre caractère sacerdotal) based on a publication by the same name by an American author, Fr David L Toups.

“Using the well-known quotation from the famous book by Antoine de Saint-Expéry, Le Petit Prince, ‘On ne voit bien qu’avec le coeur. L’essentiel est invisible pour les yeux’ (It is only with the heart that one sees clearly. What is important is invisible to the eyes), he reminded the clergy of the importance of allowing the presentations to speak to their hearts and to respond accordingly.”

The daily schedule, which included the celebration of the Eucharist, the Liturgy of the Hours, and Adoration of the Blessed Sacrament, called for two teachings, one in the morning and one in the afternoon.

The report mentioned that each session began with a period of silence followed by the invocation of the Holy Spirit in song and concluded with a hymn related to the topic of the day and questions for reflection. The personal reflections on these same questions were shared in small groups as part of the afternoon session.

Msgr John-Lewis encouraged the priests to share from the heart and reminded them that in so doing they were ministering to each other.

On the last day of the retreat, Bishop-elect Alain Ransay visited his brother priests, primarily to say goodbye as he was leaving for his new assignment as Bishop of Cayenne. His episcopal ordination will be held on February 6.