A visit to the ‘Brown Cow’

Seventy- three years ago, on January 11, the Servant of God, Mother Mary Ellerker of the Blessed Sacrament O Carm, Foundress of the Corpus Christi Carmelites, passed from this life to her heavenly reward.

We here in Trinidad benefitted from her strong belief and commitment to the faithful who sought the Kingdom of God. Her family ties and friendships had been strong, so she was well acquainted with the secular condition of the state of their lives, as well as the secular nature of their vocation. 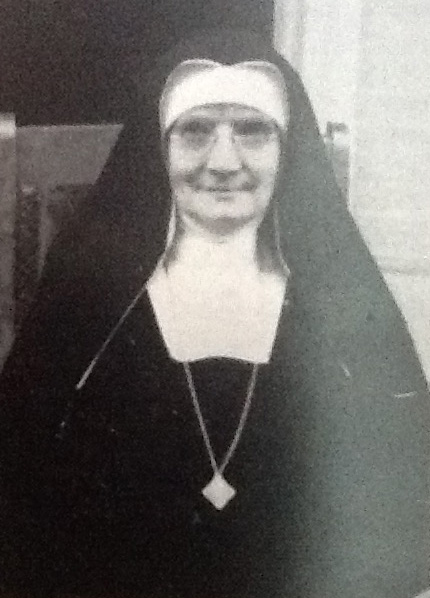 She held strong beliefs of the role and function of the laity—that they would engage in temporal affairs, directed to God’s will. It is by no means surprising then, that decades later, the Second Vatican Council, would sanction the laity as the domestic Church, a sign and instrument of God’s love and that the laity moreover witness and proclaim God’s love through their chosen state in life.

Lay Carmelites, also known as ‘Tertiaries’, indicative of their Third Order status, continue the legacy, thankful and proud to observe the 80th anniversary of their inauguration by Mother Foundress, who attended and guided the earliest meetings. The members then were mostly female. However, more men did join, one of whom, Rupert Gittens would be ordained to the priesthood.

Over the years, there have been many significant achievements for the Tertiaries. The mandates for the creation and maintenance of organisations have been achieved. The cultural indicators which distinguish the charism of the Congregation are all palpable.

In 1968, Sr Mary of the Ascension O Carm would begin the regional expansion of lay Carmelites in St Lucia. For the 50th anniversary, 38 members received the Papal Blessing. One year later, the first Carmelite Friar, Fr John Horan arrived to complement the Carmelite family.

Lay Carmelites continue the heritage that Mother Foundress has bequeathed to us and another layer of achievement in times of crisis was added to our rich historical tapestry.

Strictly following Covid protocols, eight persons with their respective instructors presented themselves for their Solemn Reception into the Order at St Michael’s Church in Maracas Valley.

Fr Mikhail Woodruffe O Carm, the celebrant and homilist, elucidated the Call to Carmel at this ceremony which is always so profound in word and tone.

The deeply personal quest of the aspirants is unequivocally and formally answered, that they are assured of the support of the entire Carmelite family and those great Saints of Carmel, enjoying the beatific vision.

Two gentlemen and six ladies received into the Order now joined men and women of every continent and every discipline who uphold the simple vows. They represented the demographics of husband and wife, mother and daughter, all very precious to us in these times.

The newly received persons have entered a life in Carmel at a most propitious time when the enabling technology brings us so close to the bounty of Carmel through the various platforms.

Mother Mary Ellerker had gained for the Corpus Christi Carmelites a Pontifical Institute in the last century. Cause for further joy was the announcement by Fr Hasely King O Carm that a Carmelite Institute was soon to be established here in Trinidad.

For committed individuals, the future offers greater involvement in prayer, education, and social work, in a spirit of mutual care and concern for both the clergy and the laity.

There is also the opportunity for knowledge of the history and charism of Carmel and for a better understanding of the Carmelite way as it expands and evolves.

Carmelites continue to be resilient.

If you believe that you would like to engage in or contribute to any Carmelite activities you may contact anyone of us, priests, religious sisters, or lay Carmelites for further information.