Words of joy, peace, and promise

French Guiana to get new bishop 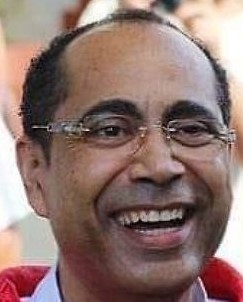 Pope Francis has appointed Fr Alain Ransay of Martinique to be the new Bishop of the diocese of Cayenne, French Guiana. A date for the episcopal ordination is to be announced.

A December 10 release from the Antilles Episcopal Conference said that Bishop-elect Ransay was ordained a priest for the Archdiocese of Saint-Pierre and Fort-de-France on December 27, 1992, in Sainte-Marie by then Archbishop Maurice Marie-Sainte. Bishop-elect Ransay is fluent in French, Creole, English, and Spanish.

He has held numerous offices including:

2016–2018: Diocesan Direct or of Catholic Education, Vice-president of the European Catholic Institute of the Americas (2018)

2017: Episcopal Delegate for the Pastoral of Education

2020: Secretary of the Archdiocesan Presbyteral Council

The appointment comes nine months after the Pope, through the Congregation for the Evangelization of Peoples, appointed Bishop Michel Marie Jacques Dubost CIM, Bishop Emeritus of the Diocese of Evry-Corbeil-Essonnes (France), Apostolic Administrator of the Diocese of Cayenne on April 7.

In 2020, Pope Francis accepted the resignation of Bishop Emmanuel Lafont who reached the canonical limit of 75 years.