The Charles’ celebrate their golden anniversary

Series: Into the light…

Why we do what we do…

I’ve heard older relatives remark there was a time when Calypsoes were not played during Lent.

Fr Michael Cockburn said this was one of the “big rules” in the past. Unwritten, of course! He said there were not many radio stations, in fact there was one—Radio Trinidad which began broadcasting 1947 and it stopped Calypso music from Ash Wednesday. Radios at parlours and cafeterias in communities also stopped blaring Calypso songs.

Fr Cockburn, a student at St Mary’s College, Port of Spain in the 1950s, remembers an old Irish priest reminding the students that singing Calypso in Lent was not a sin. He said however in those days, “it is almost as if you were committing sin” to even dare to do this. The priest also told them what they should refrain from was singing the vulgar tunes.

The advent of post-Carnival activities nowadays seeks to keep the festivities going beyond Tuesday but in the past, “everything came to a dead standstill instantly as if somebody pushed a button and everything froze. I remember very well people playing mas, having fun for so, right up to midnight.”

The Catholic faith was entrenched in the “culture and practice” so that “whoever was playing mas all knew to stop”, including non-Catholics, Fr Cockburn said in an interview March 5 on his memories of Lent and some historical context to our liturgical practices.

From the early history of Spanish conquest, Trinidad and Tobago was established as a Catholic nation. The Catholic influence continued with the French settlers who were Catholic. He said “when the British came, they began to insert the Anglican faith and the Protestant churches came in.”

Fr Cockburn said both Spain and France have Carnival and eventually Carnival and Lent became connected although this was not “supposed to be”. He noted many parts of the world have no Carnival but do observe Lent.

“Carnival itself originated from a Catholic culture not just pagan revelry. If you notice the language and wording of Carnival are in old French: Dimanche Gras, Mardi Gras, J’ouvert; everybody adopted that French.”

The two days of Carnival were meant to be a little merriment before Catholics “got down to the seriousness of Lent”.

Fr Cockburn saw a similarity with the quiet and slowing down of activity that happened last year during the lockdown. “COVID hit us just as Lent started and out of the blue all the plugs suddenly pulled out… everything was standstill, everyone was in a mood of penance. That was the kind of thing Lent did for us.” For him, this was one “blessing” which came out of the pandemic.

Fr Cockburn indicated that children were very much aware of Lent and used to “cut Lent”. He recalled while growing up in Sangre Grande, “as schoolchildren, we would hook little finger to another child little finger and pull it …once you release it you have cut Lent, meaning if I catch you singing a Calypso, I can clout you, I can tap you up.”

Even in this childish pastime, he said it was understood that Lent had a particular ethos and was a different time. “We understood a discipline was required; we might not understand the whole thing, but we knew it was about God and God wants us to be disciplined and behave ourselves.”

Fr Cockburn said in the Middle Ages, public penance started Ash Wednesday when persons would “rub down with ashes” and walk around wearing sackcloth. “That was supposed to be done for 40 days of Lent; that was rigours of the Middle Ages.”

The three big sins for which persons had to do public penance were: adultery, murder, and apostasy—formal renouncing of one’s religion.

On Holy Thursday, the start of the Easter Triduum was when public sinners were reconciled and could remove the ashes and sackcloth.

Fr Cockburn said the Church mitigated this practice. “What was a practice for the big sinners became common practice so everybody could get their share of ashes because everybody is renewing their life in Christ and therefore that is how things like penances came about.”

At the end of Vatican Council II, a document on the liturgy came out which allowed for Masses to be said in other languages including English. The document, he added was meant to be “a renewal of the faith in Christ”. He said the Church decided to give a sharper focus on the understanding of Lent, and specifically remembers that it mentioned the baptismal character of Lent had to be restored.

Fr Cockburn said on Easter Sunday Catholics renew their baptismal vows because through baptism the faithful die to sin and rise in Christ.

The baptism of adults through the Rite of Christian Initiation of Adults (RCIA) goes back to the early history of the Church. “… that was the night Christ rose from the dead, before daybreak so they had to baptise to correspond to the Resurrection of Christ that is how Easter Vigil came about in all its splendour.” Lent was the “official final preparation” for catechumens before they were baptised Glorious Saturday night. The paschal candle represents Christ and “became a high liturgical ritual honouring baptism”.

The congregation witnessing the baptism is supposed to be renewed in their understanding of what it means to be a follower of Christ. Fr Cockburn said: “Baptism is at the heart of understanding the meaning of Christianity. You follow Christ through the death, where we die to self and we rise with Christ. So, Lent and Easter are at the heart of what it means to be a Christian and even more so Catholic.” 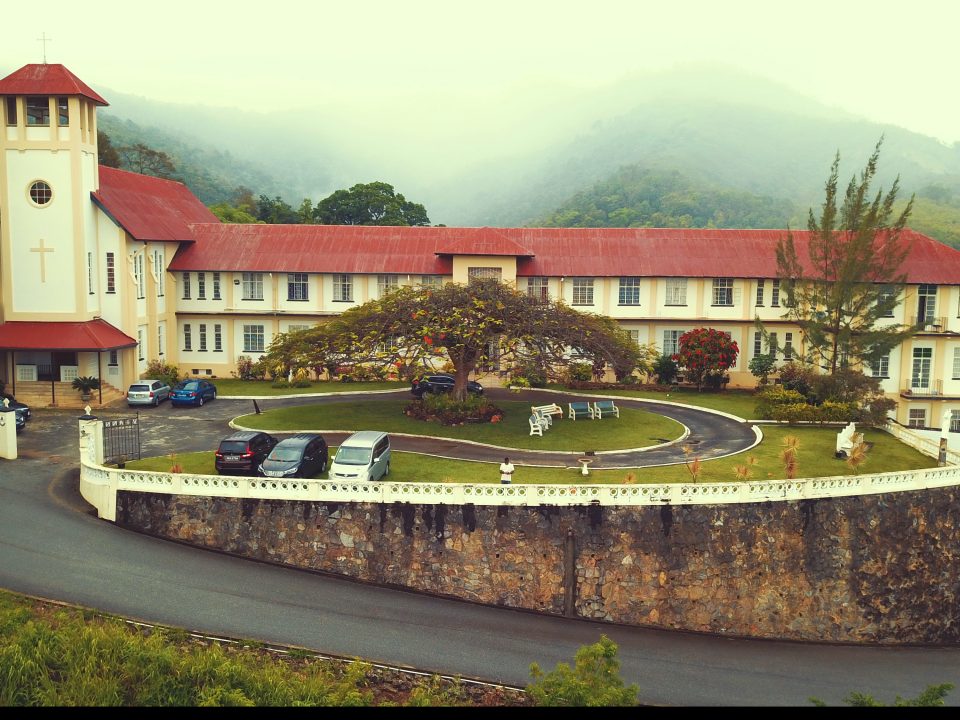 Seminary is the heart of the Archdiocese