More than a village to raise a child today

My beloved husband, Deacon Kenneth Robert Phillips, died peacefully on Friday, February 19, at the Port of Spain General Hospital after a short illness.

Ken always said he didn’t want a eulogy (“doh waste time with dat!”) so in respect of his wishes, there was none, but there were several tributes, excerpts of which I share below. 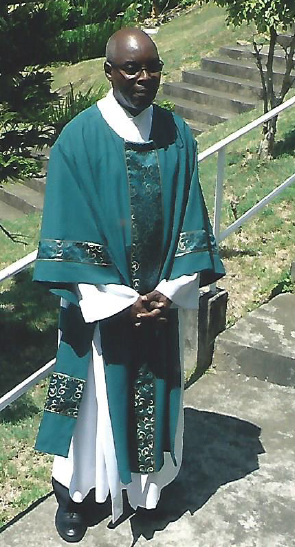 Xavier King, acting Principal of Signal Hill Secondary School (SHSS), where Ken taught from 1978 to 2001, had this to say: “He was a real professional who took his job seriously.  Punctuality was one of the hallmarks of his professionalism. He was in school by 7 every morning, and as Head of the Modern Studies Department, he knew that he had a responsibility to the teachers and students under his tutelage. He participated actively in the life of the school and will be remembered for being involved in many staff room debates. But you had to be an alert debater because with him, you had to produce your data when giving your points!”

Anthony Niles, spoke briefly from the perspective of a past student (Graduating Class of 1978): “What I remember vividly about him is this: On introducing himself to us as our Geography Teacher in Form 3, he said, ‘I am Kenneth Phillips. I came here to teach, not to look for friends!’.” Niles ended his tribute with the well-known scripture quotation, 2 Timothy 4: 6–8, which he said was “befitting of such a man”.

Jean Nichols, Ken’s sister-in-law and parishioner of Our Lady of Lourdes community at Patience Hill, spoke on behalf of the family and the other communities where Ken conducted services: “What stood out for most for us is how very passionate he was in serving the Lord.  When he ministered to us through the Scriptures, he took simple parables and related them to his own life experiences. He often said: ‘I could preach all day!’

His homilies were deep, as he immersed us in the scriptures and encouraged us on the road to greater spirituality. When he fell ill late last year, we were privileged to visit him, to sing and pray with him, and to offer words of comfort. He told us he was not afraid to die, but we were not ready to let him go…. Deacon Ken, my dearly beloved brother-in-law, rest in eternal peace.”

Deacon Derek Walcott, Ken’s special friend, ministered many times to Ken during his stay at hospital. He endorsed what the previous speakers said about Ken’s total dedication to service and showed us the gift he gave to Ken on his ordination. It was an apron emblazoned with the words: DEACONS ARE BORN TO SERVE. Deacon Derek shared that even though he and Ken were like brothers, they also “had their fights, like all brothers do.”

But in spite of their differences of opinion, Ken still wanted him to “shave him, cook for him and get him his favourite hot chocolate” during his hospital stay. Deacon Derek spoke of how Ken never forgot to reach out to bereaved members of the diaconate family, and he ended his brief tribute with the assurance that Ken loved his family very much. “The jigsaw puzzle that was Ken’s life is now complete!”

On behalf of all members of the family, I wish to thank all those who journeyed with us over the past few months, and especially during the last two weeks.

May God bless you richly and may Ken’s soul rest in God’s peace.