Post-hurricane rebuilding gets US$ boost

Archbishop Patrick C. Pinder of Nassau, Bahamas, and Sean O'Neill, head of the office for Caritas in Grand Bahama, front, leave a damaged home after discussing project details of a Caritas home rehab and plans for a resiliency center near Freeport Feb. 19, 2020. The location was one of several visited by a delegation of Archdiocese of Miami Catholic Charities senior staff during a Feb. 19-21 trip to see rebuilding projects underway since Hurricane Dorian hit the Bahamas in September 2019. (CNS photo/Tom Tracy)

Despite curfews, lockdowns, and COVID-19 travel restrictions, rebuilding of a Bahamas church destroyed in 2019’s Hurricane Dorian is about to begin—with a little help from US Catholics.

The category 5 Hurricane Dorian made a prolonged landfall in the northern Bahamas September 2019, as one of the strongest storms in Atlantic history, with sustained wind speeds maxed out at 185 mph. It tied with a handful of other hurricanes as the second-strongest storm in the Atlantic since 1950 and left several church properties damaged or badly destroyed.

A gift of US$340,000 awarded by Catholic Charities USA and facilitated through Catholic Charities of the Archdiocese of Miami will assist Bahamas Catholics with some of their priority recovery and rebuilding projects. That includes Sts Mary and Andrew Church and rectory in Treasure Cay in the Abaco Islands, which was rendered “a pile of rubble” by Dorian’s storm surge.

“We have the plans for rebuilding the church and we are working on putting together the resources to do that. We are hoping to get started before the end of this calendar year,” Archbishop Patrick Pinder of Nassau said in a mid-November phone conversation with the Florida Catholic, Miami’s archdiocesan newspaper.

Archbishop Pinder talked about the year-long, post-hurricane rebuilding and recovery projects in the Nassau Archdiocese along with the impact of the global pandemic, which has badly hampered the travel and tourism economy in the Bahamas.

Mary Star of the Sea Parish in Freeport, Grand Bahama, has served as a key point of hurricane relief in that area.

“In the meantime, they are doing lots of psycho-social work and continuing with the (refurbishing) of homes,” Archbishop Pinder said. “We also have been doing a number of food distributions. Our focus tends to be on what we call targeted distribution where we can find people who have been overlooked and to make sure they get baskets of food,” he said. “We go to the community and you look for people who may have been overlooked maybe due to some kind of disability.”

The Caritas resiliency centres also offer counselling and stress management classes “to help people get some degree of normalcy and a sense of connectedness, and to put people in touch with existing social service agencies”, the Archbishop said.

Hurricane Dorian also severely damaged two Catholic schools in Abaco that have remained shuttered for most of the past 12 months: St Francis de Sales Catholic School, and Every Child Counts School for Special Students in the town of Marsh Harbour.

In mid-October, St Francis de Sales School reopened for some 80 primary school students in a virtual mode, with plans to move to in-person instruction in November. The special needs school remains in need of more extensive repair.

The reopening of St Francis de Sales School has been a morale booster for the wider Marsh Harbour community, according to Archbishop Pinder.

“It is a tremendous psychological boost to the community with a school coming back like that,” he said. “You rebuild a Catholic school, and the entire community is lifted up by that.”

Church attendance around the islands, he said, has been restricted to about 30 per cent of church capacity after in-person attendance was allowed starting in early June, along with required mask-wearing, social-distancing and hand-sanitising safety protocols. 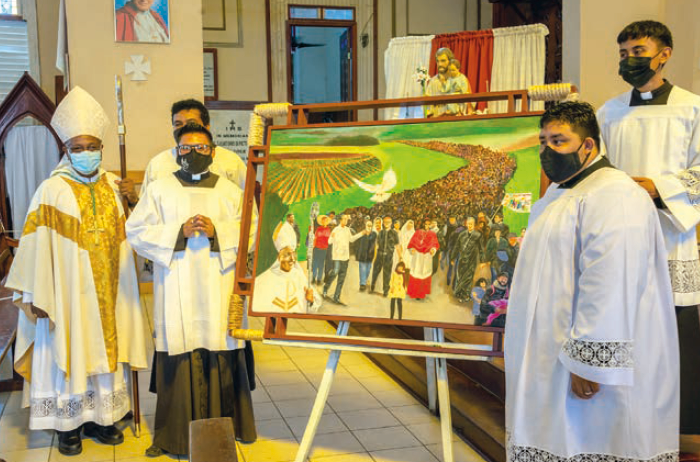 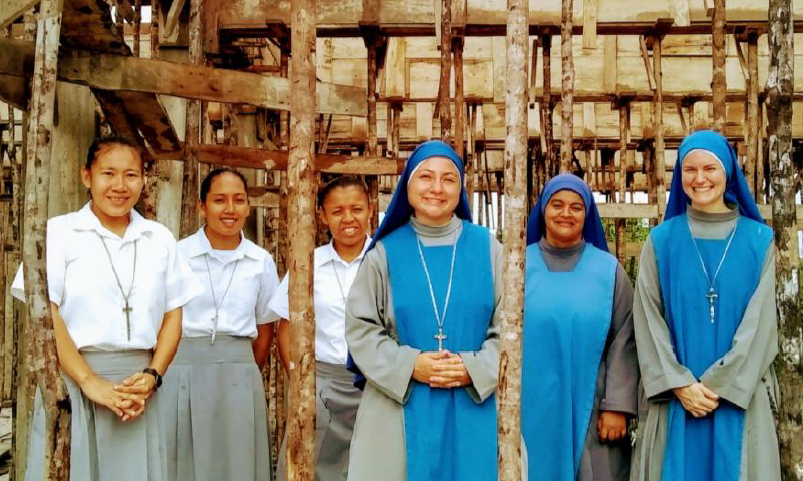 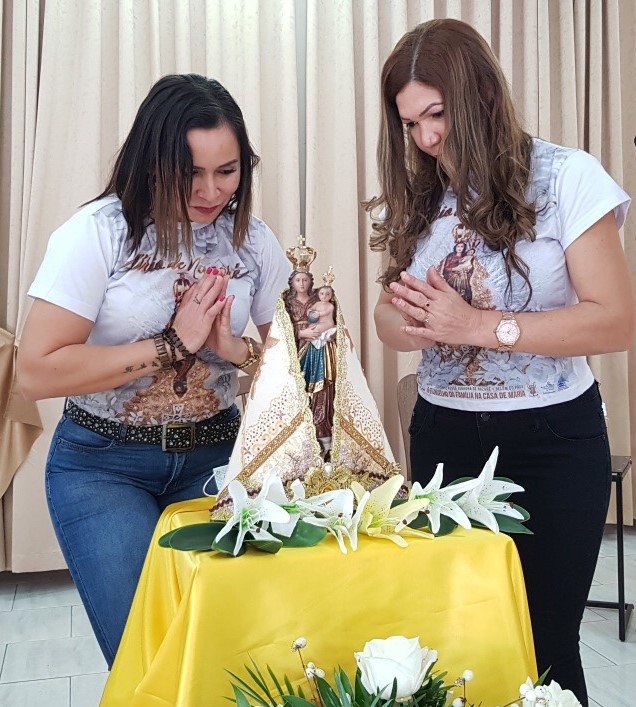 New cloak for the Cirío 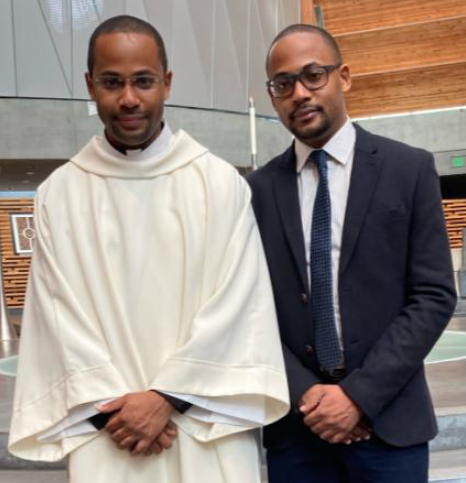 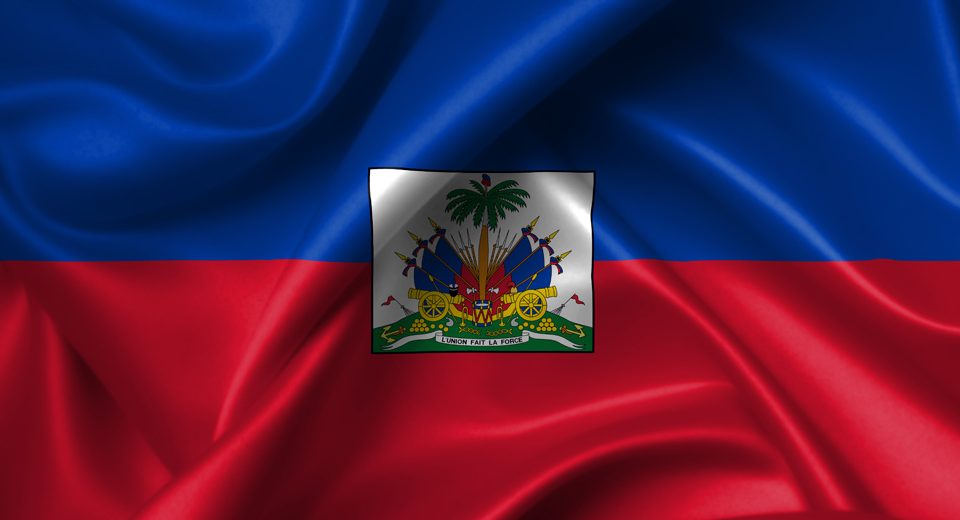 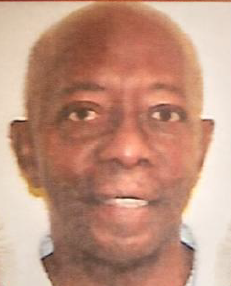 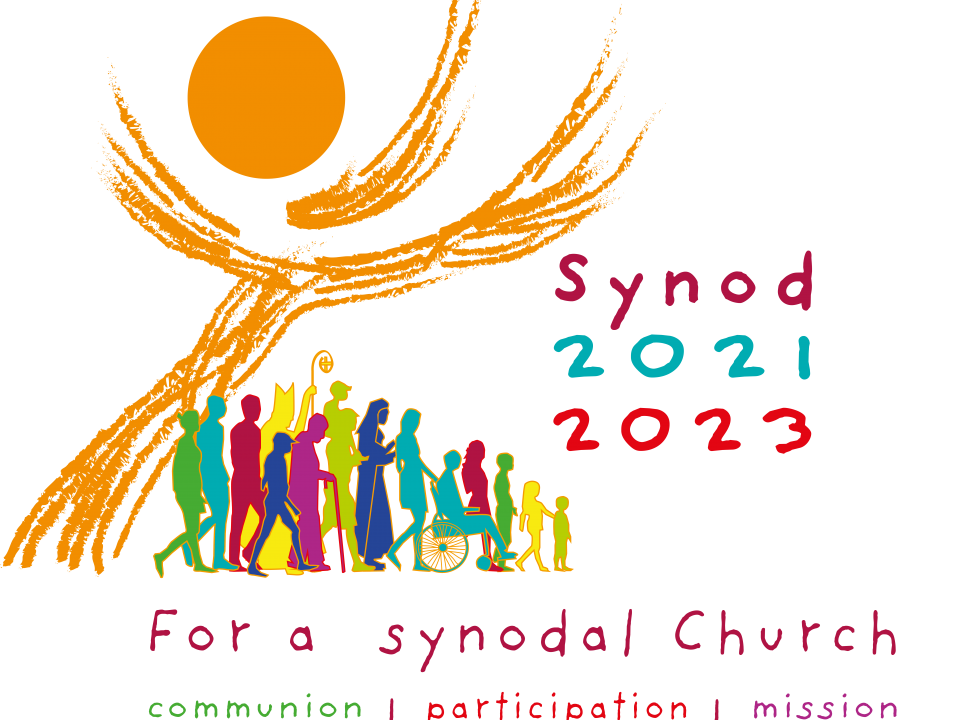 ‘Young people want to be listened to’

The disconnections and connections of the pandemic CTCT November conference launched