St Joseph, the man for our time

The Eastern Vicariate Youth Council (EVYC) hosted its first talent showcase, ‘Breaking My Silence’ on September 26, 2020 at the House of Praise, Upper De Gannes Street, Arima. EVYC leader Justin de Verteuil writes that it was the fitting end to months of preparation, anxiety, and anticipation.

The idea for this project was born out of the Youth Council’s desire to reach out to our young people in the Vicariate. After conferring among ourselves, we all had a common thread running through our requests.

We decided to pair the participants with mentors who are professionals in the field of Spoken Word, poetry and music who would offer meaningful guidance and support.

With the guidance of the Holy Spirit, well-placed persons in the know, and Fr Raymond Francis, we searched the Archdiocese to find the ideal mentors to pair our young people with.

Our next hurdle was how to structure the talent showcase in the midst of the pandemic. It was decided that we would have the competition run over a period of time starting with three virtual workshops, then virtual mentoring and finally the showcase. 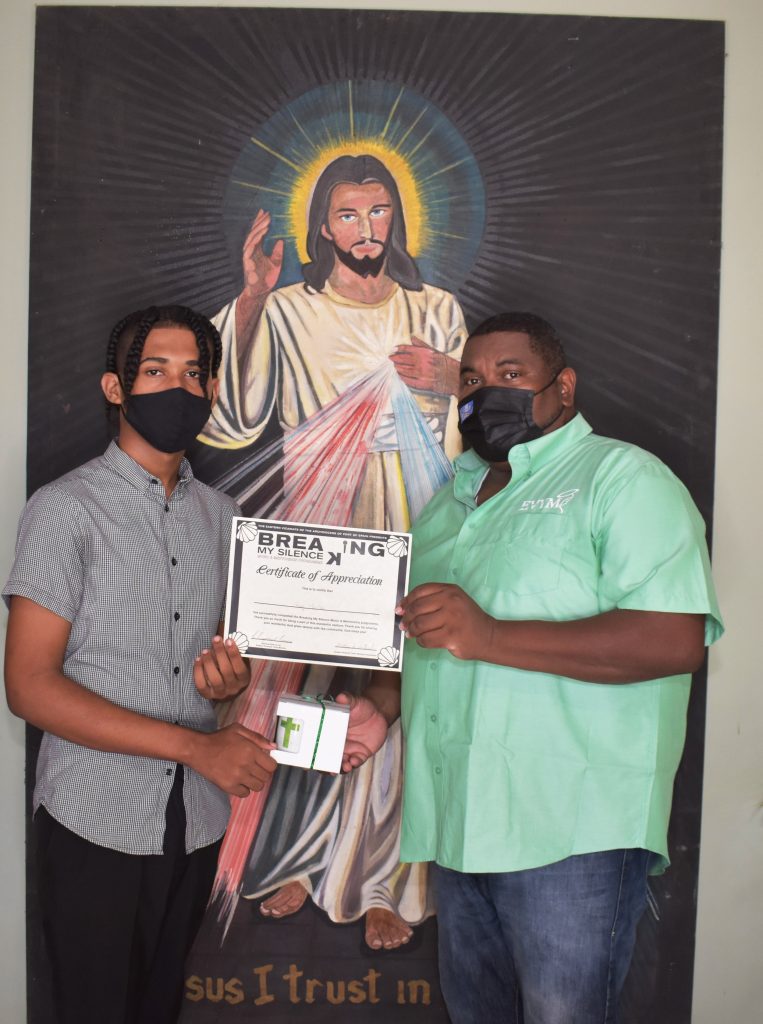 Frs Mikkel Trestrail and Matthew Ragbir did a meaningful presentation on how to look at a situation from different levels where you engage your thoughts about the situation, express the feelings they conjure, what you would want to do and then identify the worst-case and best-case scenarios for dealing with the situation.

The young people were also advised that it’s okay to feel bad, but they should give it a face to claim it before it claims them and encourages unhealthy behaviours.

The second workshop held on June 25, 2020 was centred on the ‘ABC’s of Music and Lyrics’. Our presenters Joey Rivers and Martin Millien went into the different genres of music, and how important lyrics are to any music composition.

The third and final workshop ‘Poetry, Prosperity, Priority and Copyright’ was held on July 2, 2020. The presenters were Felix Edinborough and David Bereaux. Participants were introduced to the different genres and styles of the Spoken Word/poetry artform and how to safeguard the creative content that they would produce during the competition.

After the workshops, the young people were then ready to begin working with their mentors in creating the music and lyrics, or poetry for their chosen piece. This time was a challenge for the young people to stay the course in the midst of exams and life challenges, but they had the support of their mentors and the youth council members to see them through.

Some mentors were even willing to journey the country to work with their mentee, for example from Arima to Mayaro, and Port of Spain to Rampanalgas. Not all the competitors made it to the end but those that did, truly made us proud with the calibre of work in the final showcase.

For the Music category, the first prize was $2000 plus an additional two months’ mentoring; the 2nd prize was $1500.

For the Spoken Word category, the first prize was $1500 plus an additional two months’ mentoring and the 2nd prize was $1000.

These prizes as well as other expenses for the talent showcase were funded by the parish priests of the Eastern Vicariate and other well-wishers in the community.

The date for the final competition initially scheduled for August 31 was extended to September 26 due to new public health guidelines which limited gatherings to ten persons.

This posed an issue to the format for our final show and so it had to be reformatted to adhere to the guidelines.

Participants and their mentors were given specific time slots to come in and perform on camera for recording purposes.

The St Francis Communications team was hired to compile the performances for a TV recording to be aired on Trinity TV where the results of the competition would be announced.

Thanks to Michael Joseph, we were able to conduct interviews with each contestant which provided light conversation before their performance, giving insight into their process and a sample of their piece.

We could not have done this without the help and guidance of Almighty God, the willingness and selfless support of the Catholic Youth Commission Staff, the prayer and support of the parish priests of the Eastern Vicariate, the mentors and judges who said ‘yes’ to this expression of faith and our firm commitment to working with young people, our interviewer on the day, the St Francis Communications team, and, of course, the hard-working and dedicated members of the Youth Council.