Lessons on giving and forgiving 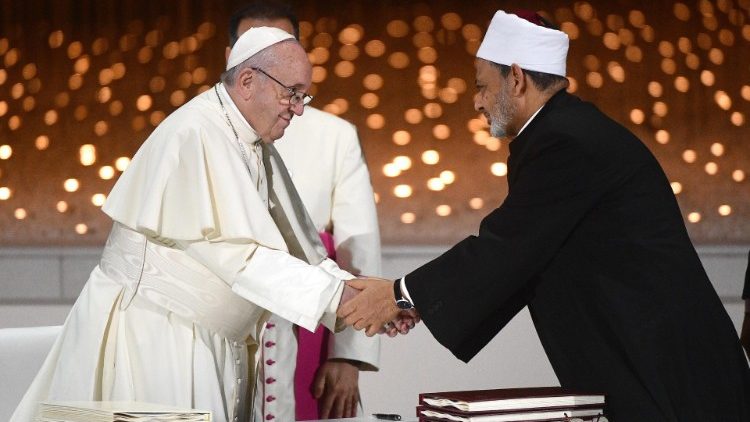 On December 21, 2020, the General Assembly of the United Nations (UN) adopted a Resolution proclaiming February 4 as the International Day of Human Fraternity which will be observed each year, beginning in 2021.

During the discussions on the Agenda Item, UN member states recalled past deliberations on initiatives which called for the elimination of all forms of intolerance and discrimination based on religion or belief; rapprochement of cultures; the Programme of Action on a Culture of Peace, and the International Day of Living Together in Peace (May 16).

All these decisions stressed the promotion of a “culture of peace and non-violence that benefits humanity”.

The said 2020 resolution, however, made specific mention of the meeting of Pope Francis and the Grand Imam of Al-Azhar, Ahmad al-Tayyib, on February 4, 2019 in Abu Dhabi which led to the signing of the document: Human Fraternity for world peace and living together.

The adoption of the UN resolution and the affirmation of the elements of the 2019 document are fortuitous as the entire international community continues to grapple with the unprecedented crisis wrought by the COVID-19 pandemic.

In the UN resolution, Member States opined that “a global response” was required “based on unity, solidarity and renewed multilateral cooperation.”

Of note is the call in the 2020 resolution for universal collaboration between “peoples of all religions or beliefs” who can contribute “towards an improved awareness and understanding of the common values shared by all of humankind.”

The ethos emanating from the resolution, therefore, embraces the Holy Father’s reflections in many of his statements including his encyclical Fratelli tutti, the title being taken from The Admonitions of St Francis of Assisi to some friars that they were to see each other as brothers and sisters.

In that encyclical, Pope Francis sought to build on various themes created in the 2019 Document and the 2015 encyclical letter Laudato Si’ (On care for our home).

The UN is now calling on its member states, organisations within the UN System, other international bodies, civil society and the private sector to join in the observance of the Day.

The Church itself will, therefore, have a critical role to play to ensure on February 4, 2021 and thereafter that it will witness through appropriate and ongoing activities to include widespread “education in the promotion of tolerance.”

Such efforts should, therefore, be made throughout the country and within all the arms of the education system to disseminate the contents of the 2019 document and the UN resolution and encourage ongoing projects which would promote tolerance and deepen efforts for the elimination of all forms of discrimination, based on religion and cultural diversity.

The COVID-19 pandemic has also served to highlight what was stated by Pope Francis: “we never emerge from a crisis just as we were. We come out either better or worse.”

The import of the UN resolution, the 2019 document and Pope Francis’ encyclicals could, therefore, serve to underscore the value of “a new vision of fraternity and social friendship” that would continue to bridge communities, harness resources and in spite of apparent differences, create a culture of world peace, sustainable development, protection of the environment and justice for all.

The words of Pope Francis on December 25, 2020 at his ‘Urbi et Orbi’ message could further be seen as the link of the existing pronouncements and remind us that we are all members of one family which came through the Christ child so that “we can all call one another sisters and brothers, for so we truly are.”

Delia Chatoor is a retired foreign service officer and a Lay Minister of the Our Lady of Perpetual Help, San Fernando Parish.