Recognising the rights of the girl child

CAST participants graduate, reflect on living in a time of pandemic

Ottrisha Carter, a participant in the Communications for the Archdiocese Specialist Training (CAST) programme shares her experience.

The CAST programme was free of charge to all participants and ran for eight months from January to August 2020. Before the first lockdown in March, sessions were held at Trinity TV for audio and video and at CAMSEL for print on Mondays and Thursdays. However, sessions had to be carried out online through Zoom for the remainder of the programme due to the restrictions on gatherings.

On Friday, August  28, the CAST participants took part in their final virtual session. During this session, each participant was given the opportunity to present their final project which was a video production centred on the theme Living in a time of pandemic.

Participants took the opportunity to think outside of the box as they used their creativity to highlight both the negative and positive impacts of the coronavirus pandemic on people’s lives.

The emotional, financial, and spiritual challenges were portrayed in these video productions, in addition to the unity which developed among family members who had a great opportunity to spend more time together at home.

Each participant received feedback from the facilitators and their fellow participants. Participants were congratulated for their efforts and dedication as they all successfully completed the programme.

SIGNIS Caribbean President and CAST facilitator Lisa Bhajan then virtually presented certificates to each participant. At the end, participants were provided with a list of ways in which they can give back to the Archdiocese using the skills and techniques they had learnt over the course of the programme.

The joy of successful completion despite all the personal challenges that everyone faced during these very difficult times, was evident on the faces of all the participants. They were able to breathe a sigh of relief when they realised that all their hard work had finally paid off.

However, this could not have happened without the assistance and guidance of all the committed facilitators who went above and beyond to ensure that each participant had the opportunity to learn new techniques and skills in a very enjoyable manner. 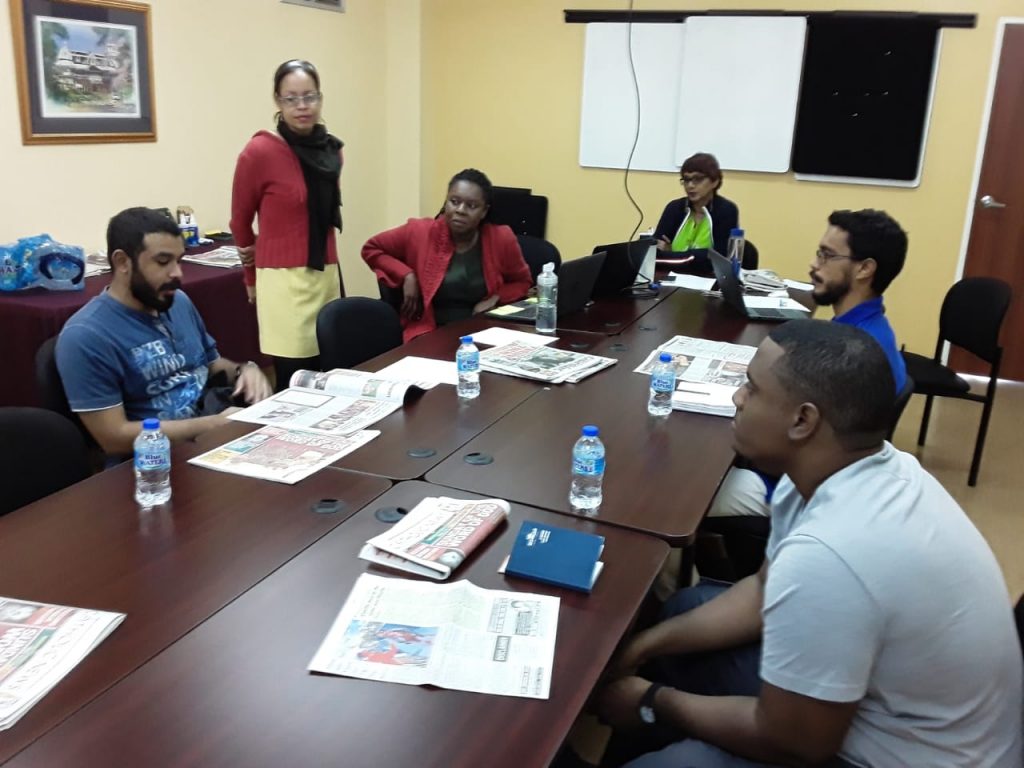 In addition to becoming technically equipped, the facilitators ensured that God was the centre of each session. Sessions began with prayer, as they asked God to be with them throughout the time spent together. The facilitators also spent a great amount of time highlighting the different ways in which participants could use video, audio, print or social media to bring others to Christ.

For example, for the print sessions which were facilitated by the Catholic News Editorial team of Lara Pickford-Gordon, Simone Delochan, Kaelanne Jordan and Raymond Syms, participants were continuously reminded of the paradigms of Catholic writing which include: ‘it must be rooted in the Word through the use of gospel values; it must be written to reach out to God’s people; and it must represent a voice of truth.’

May God richly bless all the CAST facilitators who took time from their super busy schedules to share their God-given talents with the participants!