BLM and our sacred images

Holy Mass is a love-response 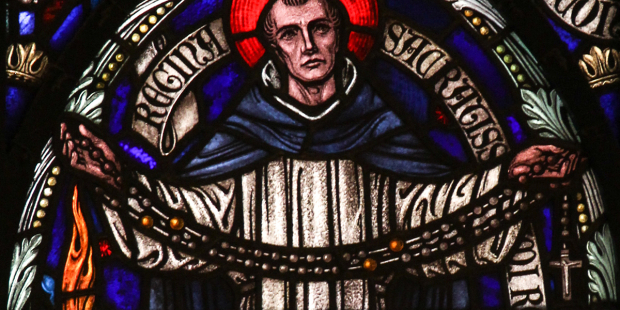 Have you ever heard of Bruno of Cologne, Agatha of Sicily, Hugh of Cluny, José Sánchez del Rio? They are among the thousands of men and women who are canonised saints.

Some of the persons called saints in the early centuries are obscure figures. Accurate accounts of their lives have been lost with time and they may not pass the process for canonisation.

The saints come from a myriad of backgrounds and their stories are diverse. Their life of holiness whether within convent walls, monasteries or out in the world are testimonies for us that sainthood is not for a chosen few.

The Catholic News asked: “Who is your favourite saint and why?”

St Philomena. She is my warrior saint. Notice she is adorned with a dart, with arrows and with an anchor, weapons of destruction that never harmed her because the angels were sent to protect her. She is the saint for youth, the afflicted, the suffering, the sick, the poor. Of course, she is my saint! I face so many daily torments and tortures both in my career and in my Church ministry that I need her strong intervention.  I keep a large picture of her in my SVP office.

My two favourite saints are St Dominic and Pope St John Paul II, There are a few others but those are the two that make it to the top of the list. As a teenager when I was discerning a call and reading up on the  different orders, I met the Dominicans and I read on the life of St Dominic. I felt so many connections with him: his love of God, his willingness to teach and preach and go all over the place to help other people, his life of prayer and even some of his struggles in life and everything. He was a leader. So, St Dominic is like a personal model for me and my passion for the truth, veritas the motto of the order. Pope St John Paul II is like the father I never knew; he fathered me from a distance through his teachings, through his witness, through his ministry, his life, his books, his writings, his example. He has been a real model for me.

My favourite saint would be St Josemaría Escrivá de Balaguer, the founder of Opus Dei. He’s a modern saint, someone who I can associate with in different ways. Overall, his emphasis and restatement of the universal call to sainthood especially as it relates to the laity was very influential in my journey. St Josemaría would always say that we encounter Christ in every situation in our daily life and this helped me to be aware of Jesus’ presence and discern what He was asking of me in every situation.

My mom said when she had me an old lady from St Thomas Moore RC, Fyzabad told her that Monica should be my saint name. She never gave me a middle name but she told me the story so I always felt drawn to St Monica, like we had some special connection.

I love how she just never gave up on her husband or son [St Augustine]. The fact that from her such a great saint came into the world, speaks of her own sainthood and what she was able to pass on to him and his siblings. I could only imagine what stress she was under with such a wayward son, but she persisted, she was patient, she trusted God, and, in the end, she was blessed.

If the Black Lives Matter campaign were looking for a patron, it could do no better than to choose my favourite Blessed Anne Marie Javouhey whose feast day we celebrated on July 15.

Before she formed her Congregation, Sisters of St Joseph of Cluny, she received a vision of children of all races who St Teresa of Avila told her would be entrusted to her care.

Only much later did she understand that she would be the first woman missionary going out to Africa and French Guiana where she would work with newly freed slaves.

Anne Marie was a woman of vision. Before we heard of inculturation, she sent young African men to train for the priesthood and some made it in spite of health problems. She always promoted the development of people and helped them to sustainable employment.

A courageous and strong woman, she spoke her truth to power, opposing a bishop who wanted to take over her congregation. As a result, she was excommunicated from the Church and endured many trials with patience and humour.

For me, Anne Marie is a saint for our times, embodying the values we treasure-equality of all races, development of peoples and deep faith in God’s providence.

The Church celebrates All Saints Day on November 1.