The challenge of RACE

BLM and our sacred images 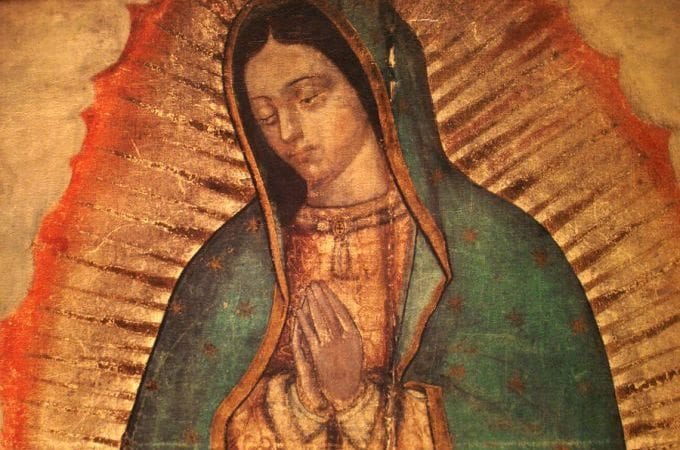 I am truly grateful to the Catholic News for its coverage of opinions relating to Black Lives Matter (BLM).

I read with interest Simone Delochan’s coverage of the Archbishop of Canterbury’s intent to review statues on the heels of BLM activism (CN July 19, page 17). Delochan shared the response of some white Britons, who were “livid”, and questioned his leadership.  In the actual interview, the Archbishop also questioned the Western Church’s portrayal of Jesus as white.

On social media, from what I’ve seen, white Catholics in the US have generally responded in similar fashion to white Britons to the ‘threat’ of BLM.

When Sean King, a prominent (white) BLM activist, called for the dismantling of images in churches, I thought white US Catholics were going to lose their minds. They all but consigned him to hell and took a very defensive stance regarding their images. I thought they were throwing out the baby with the bath water.

The response, from bishops to priests to lay organisations to the various attempts at desecration and calls for removal of statues has been the same: condemn BLM, defend and extol the virtues of the saint/image in question, consolidate the Catholic position.

What if, instead of such a defensive stance, as Church we introspectively probe the possible reasons for BLM hostility towards our sacred images? Instead of dismissing BLM’s motives as demonic (as one US exorcist suggested), could it be possible that we as Church have (partially) incubated the anger now directed at us? Could we try to put ourselves in the shoes of Sean King, or indeed anyone opposed to or on the fringes of the Church?

If I wanted to purchase an image of Jesus or Mary that was not white, I would have a hard time finding one in the religious stores. I know this from experience. If I wanted a black Jesus, an Asian Madonna, or even a Middle Eastern-looking Jesus, I would have to print one off the internet and frame it myself.

Catholic News reports that Rev Dr Sonia Hinds, Rector of St Leonard’s Anglican church in Barbados, lamented that although since 2000 all Anglican clergy are of African descent, Eurocentric iconography still dominates the Church (CN July 26, Page 11). How is this, in 2020, after 500 years of being Church in the Caribbean?

It is undeniable that heavenly apparitions have presented as white to primarily Europeans over the history of the Church, inspiring our beautiful iconography even today.

Our Lady of Guadalupe, however, stands out as a signal revelation, on the cusp of the New World, embodying the ‘New Evangelization’ for its burgeoning ‘new’ peoples.

In explaining why Our Lady of Guadalupe is still such a powerful symbol of Mexican identity, Jeanette Rodriguez, Professor at Seattle University, notes that “the notion of a brown-skinned Mary figure was critical to the eventual conversion of millions of indigenous people to Roman Catholicism”.

In Our Lady of Guadalupe, we have a sure formula for evangelisation: Christ, incarnated as one of us, in our own skin, identifies with us, so that those on the fringes of the Church identify with Him. We need to ask ourselves whether the face of Christ we present convinces the Sean Kings of the world that Christ is indeed one of us.

If we have any concern at all for evangelisation, we need to take our heads out of the sand to truly understand and dissect what are the sticking points that repel some opponents of the Church, including the BLM ‘desecrators’.

For many, especially persons of colour, it is the notion of the white Jesus. We hear this all the time. On the August 6 Morning Edition on TV6, host Fazeer Mohammed, upon hearing the history behind “Indian Walk”, facetiously quipped, “so the Amerindians had to walk to the Spanish missions … to be indoctrinated in the religion of the blond-haired, blue-eyed man …. from the Middle East!”

Those of us familiar with Islam in T&T would know that one of the central compelling arguments for otherwise Christian black males to convert is incredulity over the Christian “white God”.

Any well-meaning Catholic apologist would be hard-pressed to convince these youth of the truth when our images seemingly confirm their misconception.

And what of the evangelisation of our youth? I once had a discussion with a Form 2 class of varying religions about the images of Christ to which they were most attracted. The majority of the class identified with the image of a Black Christ. A tiny minority favoured a traditional image.

Unsurprisingly, of the majority that preferred the black image, many were themselves Black. The wisdom and evangelical efficacy of Our Lady of Guadalupe in reaching the indigenous of Mexico may perhaps be considered in reaching our youth.

The beef of the BLM activists of course goes much deeper than the ethnicity or colour of images. Most of the anger is directed at the colonial past of the Church with its perceived abuses, as with the protests against the monument to St Junipero Serra in California.

But our sacred images today are nonetheless emblematic of that colonial heritage, and for many observers, a final and unyielding bastion of white supremacy, even in the face of increasingly multiracial congregations.

Perhaps at least we in the Caribbean can consider including images that reflect our diverse populations, to add to the beautiful traditional ones we hold so dear.

May our Lady of Guadalupe grant the Church courage, like Paul, to become “all things to all men, in order to save some at any cost” (1 Cor 9:22).

Janelle James is a parishioner from Sangre Grande.