We need to take off the blinders…

Adrian on the run 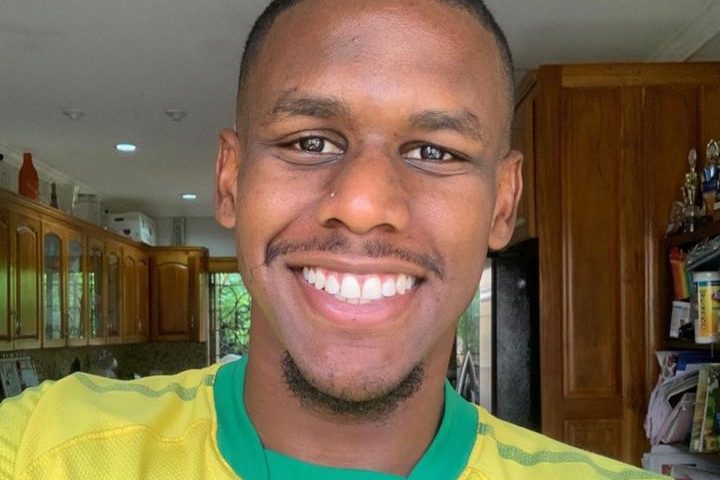 Imagine playing football from five years old, and having family members who were former Intercol standouts for Presentation, and St Mary’s College, and at  age 17 making a decision to transition into the world of long distance running where he undoubtedly found his passion.

Adrian Hackett declares, “I began to feel more enthusiastic about running, and I was encouraged by my younger brother Greg who was already involved in the sport.”

In 2018, he started training on his own doing varying distances. He competed in the RBC15k, and performed well, and his family encouraged him to take running more seriously.

As a result, he decided to join the Richard Jones Racing family with his brother Greg who was already affiliated with the club. While he competes mainly in road races, he has done 5k competitions on the track in the NAAA Open Senior championships and Southern Games invitational.

His major race during his first year of training with his club was The UWI Half Marathon which he completed in a time of one hour twenty-eight minutes (1:28). He set his sights on truly competing and improving his time in 2019.  Adrian could definitely be described going into the 2019 UWI half as an outlier; he was not known as some of the international athletes from Kenya, Venezuela or T&T who were expected to take the top positions.

Not only did Adrian significantly improve his time from the previous year, running one hour sixteen minutes (1:16) he placed in the top ten. He blew away the naysayers who doubted his ability to place that well, but most importantly he proved to himself that he had the discipline and the mindset to compete with more experienced long-distance runners.

While preparing and competing in a half marathon, he goes through cycles of nerves, pain, calm, peace, and relief all in one race.

“At the start I have a great deal of nervous energy, and anxiety. Once I get going, mile six to ten is painful, but balance is key, keeping your race day plan in check. From miles 11 to 13, you dig deep and use every fibre of your being to push forward and still enjoy the race until the end.”

We both laugh as I declare, that seems very much the same as the birth process! 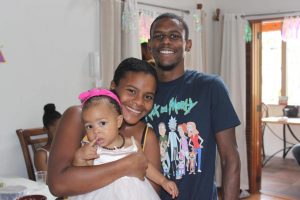 Adrian and his family

Adrian credits Richard Jones as having a very positive influence on his career thus far. He has guided him, and he admires his ability to still train and compete in races with his athletes. He also notes that his brother Greg as a training partner, and competitor has also supported him during the journey.

At the beginning of 2020, he was able to run three races, was very structured in his training two days on two days off, and the week before Carnival, he lost some steam and desire to continue training; then COVID-19 came and disrupted his entire schedule.

At the end of the (first) lockdown he decided to resume his training and has really enjoyed having a lot less pressure of competition, and to rekindle his drive and desire once again.

“I believe I fell off a bit with my training earlier this year, but now, I am building momentum, and more intrinsic enjoyment and freedom from training, rather than competing.”

Nowadays, he is focused on mileage and his club’s training challenge to complete 150 miles monthly. He certainly feels the independence of training on his own and pushing as hard as he can.

Adrian Hackett strikes you as an independent and focused young man. He studied Environmental Science and Sustainable Technology at The UWI and balances multiple roles as a Research Assistant at the Ministry of Energy, family man, and father to his two-year-old daughter. He has already begun thinking about his 2021 goals, and his vision for the coming years.

He sees himself as a part of the National Cross-Country Team and being more known locally and regionally as a force to be reckoned with in long distance running.

“The night before a race, I take an ice bath, eat a full  bowl of pasta, and remove hair from my entire body. It’s my pre-race pump!”  He credits his family support for being his driving force, and he is driven to make them proud of his achievements.

For 2020 he declares, sometimes you have to break right down to build up again, and he is using this year to focus mentally and physically on beating previous times, getting faster, fitter, and stronger in his races.

Adrian shares his favourite quote with me: “A worried man cannot love”. This is a young man who pours love into everything that he does!

Adrian Hackett, wishing you the very best in your future triumphs!