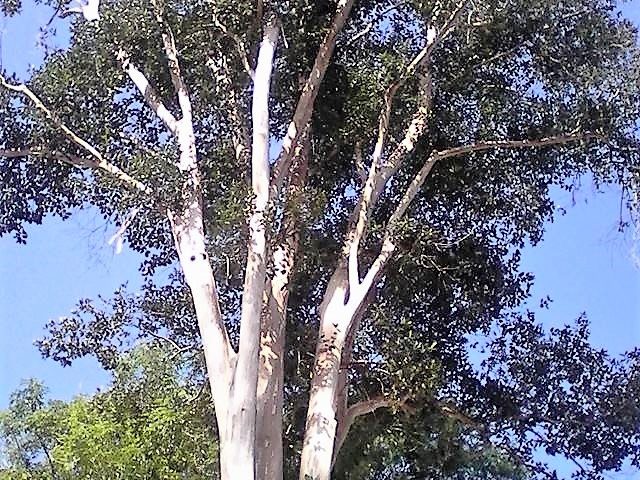 It can be something of a joke when you tell others that you love/have a passion for trees. Animals, they can understand; trees bring pause, largely because they are taken for granted. So abstract is the presence of a tree that at times it barely registers that it is a living organism, seen and perhaps diminished to mere ornament.

Without anthropomorphising trees—because any reader of Lord of the Rings, would love to imagine that Ents are real—scientists have made some interesting discoveries on how trees communicate and support saplings as well as, believe it or not, tree stumps.

Suzanne Simard, ecologist, discovered while doing her doctoral thesis that trees do in fact communicate with each other via an underground network of fungi. What do they communicate or ‘talk’ to each other about? In an interview published by the Yale School of Forestry and Environmental Studies, in 2016, Simard says this: “A forest is a cooperative system…To me, using the language of ‘communication’ made more sense because we were looking at not just resource transfers, but things like defence signalling and kin-recognition signalling.”

Her continued research which spans 35 years revealed more about the relationships between trees. She uses the term “mother tree” to describe the circumstance of the repletion of fungal networks from the oldest trees in the forest. She and one of her graduate students discovered thus: “…the biggest, oldest trees in the network were the most highly linked, whereas smaller trees were not linked to as many other trees….They’ve got more carbon that’s flowing into the network; they’ve got more root tips. So it makes sense that they would have more connections to other trees all around them.”

Hers is not the only study that has been done. Many universities around the world confirm, according to a Smithsonian article ‘Do Trees Talk to Each Other?’ (March 2018), “Trees are far more alert, social, sophisticated—and even intelligent—than we thought.”

Trees have had a special and evocative place in many mythologies, and in our own Christian faith, at inception in the Garden of Eden (tree of life and the tree of knowledge of good and evil). The tree is an oft-repeated image throughout both Old and New Testaments: Psalm 92:12 —The righteous man will flourish like the palm tree/ He will grow like a cedar in Lebanon; Matthew 7:17—So, every healthy tree bears good fruit, but the diseased tree bears bad fruit. Proverbs 3:18 —She is a tree of life to those who take hold of her, And happy are all who hold her fast.

The tree of life which was in the centre of the Garden of Eden has resonance throughout other world cultures. In the Norse religion, the tree of life is Yggdrasil and is located in the middle of Asgard where the Norse gods and goddesses live. For the Celts, the tree of life is Crann Bethadh which joins the heavens and earth; for the Mayans, it is Yaxche. Buddha had his Bodhi tree; Hindus, the Banyan tree Kalpavriksha. In Ancient Egypt, there was the Holy Sycamore which stood at the threshold of life and death.

A sacred space is not just a church. It is the river and the sea; it is the Nariva Swamp and the Northern Range. It is your home and the garden around it. St Francis of Assisi knew this implicitly. He looked at an almond tree and said to it: “Brother Almond, speak to me of God”. And the tree blossomed.

Pope Francis knows this. In the introduction to his encyclical Laudato Si, he embeds the truths of St Francis of Assisi, “He was a mystic and a pilgrim who lived in simplicity and in wonderful harmony with God, with others, with nature and with himself. He shows us just how inseparable the bond is between concern for nature, justice for the poor, commitment to society, and interior peace”(10).

I will not speak here of the loss of biodiversity when forests are destroyed, nor the evident disasters which occur, like landslides. Instead, I invite you to sit under your mango tree, or by your guava or palm tree. Do so quietly. And listen.