Some critical issues for our dialogue 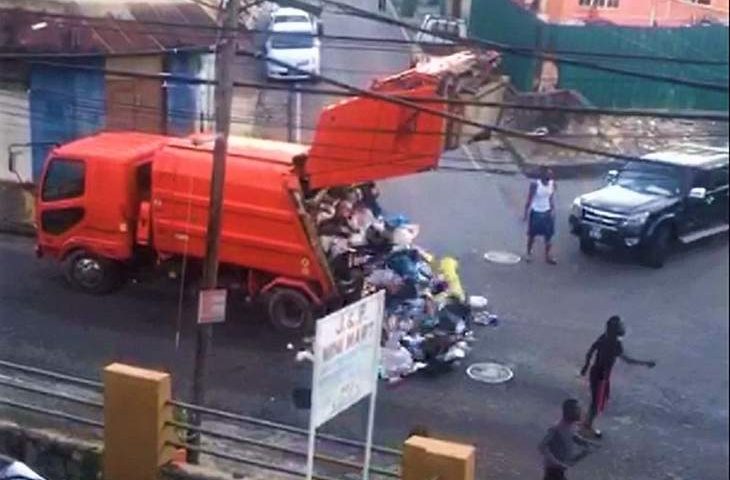 The unrest in East Port of Spain sparked by the death of Akeil ‘Christmas’ James caused the suspension of classes at Rosary Boys’ RC on Monday. Residents used garbage to block Charlotte Street and there were confrontations with police.

Vigilance was heightened at Rosary, and Sophia House, Park Street, managed by the Holy Faith Sisters and L’Hospice on Observatory Street run by the Corpus Christi Carmelites.

Parents dropping off children at Rosary decided against leaving them. At 11.30 a.m. only six boys were at school and by 4.30 p.m. all pupils were collected. When the disturbance started Principal Richard Gomez said the children were corralled to a safe spot within the compound. Gomez along with staff tried to reassure the boys that they were safe. The Education Ministry was consulted, and a roll call done after which children were told their parents could collect them.

If the environment was not conducive on Tuesday, parents were advised to be “guided accordingly”. Contacted Tuesday, Gomez said classes resumed as normal because the situation had been quelled. At assembly that morning, he spoke to the boys about the incident. He emphasised that when confronted with “real-life situations” as on Monday, they should “take it to God in prayer”.

“We were scared; we were traumatised: take it to God. I told them ‘We are God’s greatest creation’. Yes, the community was upset, angry, emotional about the event that happened. How they chose to respond, confront the police in an aggressive, violent manner, I asked ‘do you think there was another way they could have spoken to the authorities…rather than resort to violence?’” Gomez said. He said profession of Christianity cannot be convenient: it has to be an everyday life experience.

At Sophia House, co-ordinator Nicole Phillip said based on the location of the facility, precautions are always taken. The front gate is usually closed or padlocked.

The protest began early so girls on their way to school would have been exposed to the drama. When gunshots rang out pedestrians had to scamper. Two girls returned to the compound. There was discussion about the incident on Tuesday morning with the residents invited to share their feelings. “We did as best as we could to keep them calm,” Phillip said.

Increased vigilance was urged for girls entering and leaving although they are accustomed going out in pairs or groups. On Tuesday, the girls left “in bigger groups”.

Phillip said on Monday she had positioned herself so residents due to return from school could see her. From this vantage point she could see various directions and through hand signals told the residents when it was okay to proceed toward the school with assistance from police. Phillip said Sophia House is in dire need of a security camera because of a blind spot at one point and for the front pedestrian walkway.

At the L’Hospice the front gate was closed to prevent intruders. There are about 40 elderly persons in care at the facility. The Catholic News learned that some staff members did not report for duty because of the unrest. Things were back to normal the next day after but fewer visitors were seen at the chapel which is usually opened Tuesdays. – LPG