‘Ma’ Worrell made a difference

Backing Red Force, but not betting… 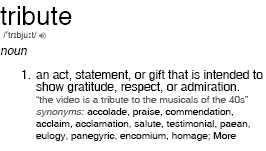 The world at the La Divina Pastora Siparia Boys’ RC Primary was blessed to have, for almost 30 years, the presence of Mrs Patricia Worrell.

During her tenure there, first as a member of staff, then rising through the ranks to lead the said colleagues as principal, she impacted in a positive way the lives of the teachers and students alike.

Before writing this tribute, I interviewed teachers and students who would have passed through her hands. The sentiments expressed were all the same, a clear indication that Mrs Worrell left a marked impression on the lives of those who occupied the world of Siparia Boys’ RC.

During her tenure as teacher, she executed her duties with a firm yet gentle hand, qualities which are needed when dealing with the infants, a department where she spent many years. With commitment and dedication, she would be seen at her table surrounded by the little boys whom she taught and nurtured with motherly love.

She rose through the ranks to lead as principal. It is always a challenge when you have to lead those whom you worked with as a member of staff. But her gentle persona, positive attitude and ever-present smile enabled her to make that transition quite easily.

She understood human nature to the point where she diffused tensions among her staff, found solutions for situations among the boys, quietly advising, encouraging and motivating.

I heard from at least three persons interviewed, “Wait nah, you know I don’t think I ever hear Mrs Worrell talk hard! That eh mean she didn’t use to buff eh, but is how.”

Her concern for the all-round education of the boys saw the introduction of Physical Education, and a working library to encourage the love for reading on the school’s timetable. To facilitate the increasing numbers of students in the school’s intake, Mrs Worrell decided to have an annex constructed, and this is still in use today.

Siparia Boys’ RC was the first school in the St Patrick Education Division to have a steel orchestra. She sold penna-cool and pommecythere during the intermission and lunch breaks to pay the pan tutor, Mr Roland ‘Moose’ Joseph.

Long before the Pan in Schools programme was introduced, through the foresight of Mrs Worrell, it was already well on the way at Siparia Boys’ RC.

Staff gatherings would always see her liming, eating, and dancing, and Christmas luncheons were not the same without the exchange of gifts and her tasty pastelles. As another interviewee reminisced, “She is the only person I ever eat flour pastelles from!”

Her interaction and involvement with her staff was so personal that while she waited for Mr Worrell to pick her up on afternoons, the staff and students waited with her, and when the staff assumed the role of parranderos on Boxing Day, paranging from house to house, she would be most present!

The love for and trust in Mrs Worrell’s methods as an educator par excellence saw many teachers sending their children to her nursery school.