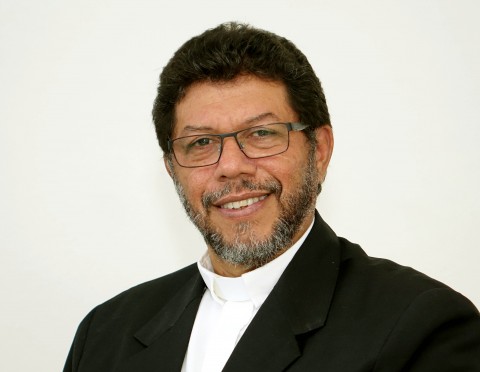 Archbishop Jason Gordon has begun a process to identify priorities that the local Church should address in the short and medium terms.

At a recent meeting of the clergy of the archdiocese, the archbishop said the challenges, which the Church faced could not be dealt with overnight; some might even take “three to five years to be addressed properly”. As a first step, he said, he wanted to spend “the first six months” as archbishop listening to what people had to say about the critical issues.

The January 16 meeting offered Archbishop Gordon the opportunity to listen to what the clergy had to say about the challenges the archdiocese faced in the areas of (a) clergy and vocations (b) Catholic education (c) parish (d) family life and (e) leadership in Church and society.

Fr Surju, in his introductory remarks at the presbyterate meeting, reminded the clergy of the journey of the archdiocese since 2003, when Archbishop Edward Gilbert convened the synod and goals, resolutions and proposals were adopted.

At the end of the 2009 session, three pastoral priorities were identified—New Evangelisation, Revitalising Catholic Culture and Identity, and Regeneration of the Moral and Spiritual Values of the Society. Then, in May 2016, a meeting of the clergy proposed two images—the Fishing Net and Communion—as a way of grounding the vision of Church in Scripture and the “real world”.

He said the recent meeting that was taking place three weeks after the archbishop’s installation marked another step in envisioning a Church that could rise to the challenges it faced.

The meeting took the form of group discussions on the five topics to come up with a ‘problematic’, a statement that identified the particular challenge or the issues faced in each area of Church life. The focus of the sharing was on understanding the complexities of the issues faced by the Church at this time, not to arrive at solutions.

The topics and the five statements that were drafted at the end of the discussions are now to be shared in the parishes, through meetings of pastoral councils or other meetings called for this purpose, to get the input of the people in the pews on the five issues, after which time another meeting of the clergy will be convened to consider all proposals.