Our Lord Jesus Christ, King of the Universe (A) 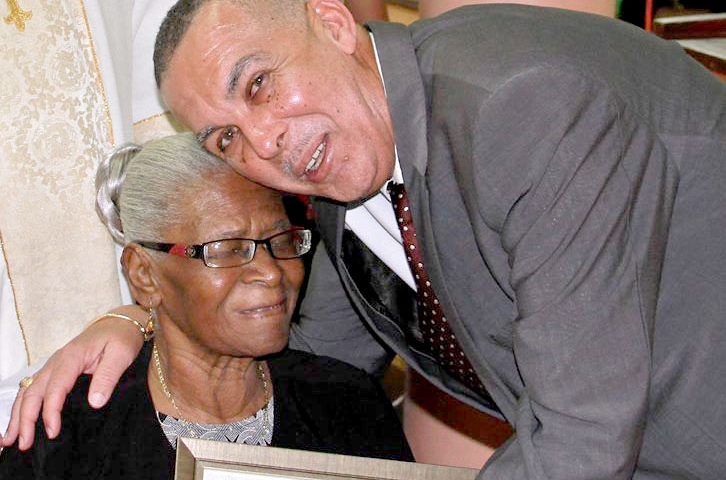 The week was launched with a grand street parade which showcased the many aspects of village life, especially the talents and creativity of the people. The parade started at the Morne Diable Junction and journeyed through the village to the savannah where a concert put on by participants made even more visible the multitude of talents that reside here. Morne Diable is best known for its victories in the Prime Minister’s Best Village competition.

One would have thought that it was carnival in November as the Best Village costumes, moko jumbies and colourful array of people walked through the community singing and dancing, portraying community life and the bond that welds the people together.

The Catholic community witnessed its Christian lifestyle through the various events planned around the theme. A series of open-air crusades was hosted in different parts of the village and the dynamic speakers catechised the listeners on the aspects of St Martin and how we can emulate his life with our own context here in Morne Diable.

The Church and primary school have been the centre of the village for a long time, and most villagers find their roots in this space.  As such, the community found it fit to honour the senior citizens for their contribution to village life. These senior citizens were not limited to Catholics but all those who contributed to building the village. Among those honoured were Justin Paul, former permanent secretary of the Ministry of Education, his mother, a centenarian, and Agnita Hudlin, mother of Fr Urban Hudlin OP.

‘Mon D Fest’ culminated with Holy Mass on November 5 and a grand harvest attended by His Excellency, President Anthony Thomas Aquinas Carmona. He was welcomed by the cadets and the children of the Faith Formation Programme who formed a guard of honour as he entered the church.

In his homily, parish priest Fr Alex Viruthakulangara focused on the life of St Martin, noting that it was important to be humble and to serve others. President Carmona also witnessed to servant leadership when he volunteered to take up the collection. Later as he addressed the congregation, he expounded on how important it was to be a servant, and a selfless leader.

He also spoke of how proud he was to be a practising Catholic who desires to live his faith through his professional life. He highlighted that all people must be treated with dignity and justice, and to accompany people in living a good life.

President Carmona also presented the community with the opportunity of praying and touching a relic of St Thomas Aquinas, which he received from Pope Francis during the early months of his presidency.

As a community we thank God for the opportunity to serve Him in our village under the guidance of St Martin de Porres, and it is our desire that our community will produce individuals who will help build God’s kingdom in T&T.  We hope that ‘Mon D Fest’ will become a household word and people will come annually from across the nation to experience our village life. – A parishioner