Why T&T must support treaty to prohibit nuclear weapons

The good, the bad, the ugly – yes, the Budget

What are we doing to make T&T better? 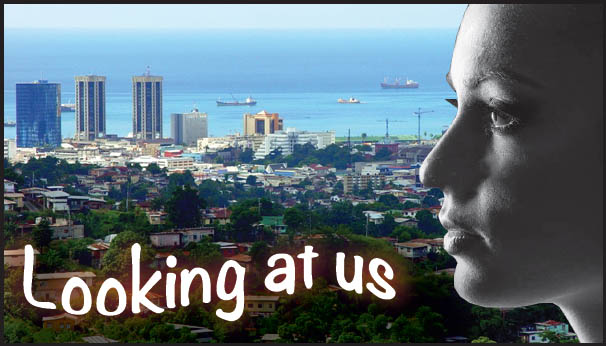 Recently on social media, pockets of citizens were demanding and jumping on the bandwagon, calling for the total shut down of the country, with a march through the streets to protest escalating crime. Their argument was that this radical action was necessary to demonstrate to our government how ‘fed-up’ they feel.

With no disrespect to these individuals, nor disregard for the horrific crime problem, wanting to shut down the country seems to be more reactive than effective, and as bold as it appears, does nothing to address the situation. It is not the magic antidote.

For those demanding the country’s shut down, are they aware of the existence, or are they even concerned about the economically vulnerable citizens – the greater percentage of citizens who reside outside of ‘their social circle’, far removed from ‘their lifestyle’ and distinctly foreign to ‘their terms of reference’?

Shutting down the country means no work, no staff on-duty to earn wages. In our country, there are citizens who need to work and to be paid. For them, no work means no money to afford basic necessities required to care for their families – their babies, children, elderly parents and grandparents, ailing family members and themselves.

Shutting down the country means no business, no customers, hence no revenue. In our country, there are small businesses which need to remain open to generate sales. For them, no business means no money to pay bank loans, landlord rents, suppliers, taxes and utility bills.

Shutting down the country means no services, no nurses and doctors to care for the sick and hospitalised, no police officers to protect citizens or borders, no teachers to teach the children, no transport to get to destinations, no staff to man critical utilities like electricity or water.

Shutting down the country will do infinitely more damage, inflicting substantial, long-term harm; it serves no rational purpose. Those who call for shutting down the country appear to not have their finger on the pulse of our country’s economic reality, and seemingly possess thread-bare empathy for the predicament of the less fortunate, the less privileged, and those genuinely struggling to survive. Those demanding the country’s shut down are focused solely on the high drama of an attention grabbing, self-aggrandisement, chest-thumping show.

My sister, a volunteer mentor, with practical experience, was brave enough to respond to those demanding the country’s shut down. She opined that consideration should be given to mentoring someone. Her suggestion was met with snide derision and accusations that she was ‘unpatriotic’ for not immediately jumping on ‘their bandwagon’.

Her subsequent response stated that she did not need an arbitrary opportunity to fly the T&T flag, as she does so daily, with genuine pride. I bolstered her comment adding that ‘our anger and angst could be best redirected to more productive pursuits, which would yield benefits for all’. This gifted me, a loud online ‘steups’ and most cynical ‘Whatever!’

Grandstanding and showboating run counter to our religion’s principles on humility, compassion, and helping our neighbour. As Catholics and as citizens of this country, regardless of our station in life, we are each tasked to do our part to address the ills in our communities.

We have to simultaneously work from the ground up and the top down – helping those less fortunate, the underprivileged, the vulnerable, the exploited, and the marginalised. We have to approach this in a manner which is intelligent, holistic, methodical and sustainable, devoid of politics, hypocrisy, greed, bigotry, racism, discrimination, haughtiness and selfishness.

Thousands of years ago, Jesus did not call to shut down His country, neither did He protest, march through the streets, stomping sandals with placard in hand. Jesus did not run smear campaigns attacking His disbelievers, ridiculers, and persecutors. No, instead He counselled, taught, guided, healed, shared knowledge, offered truth, brought light and showed love to all.

Our Lord Jesus Christ was the first mentor. “For God sent his Son into the world, not to judge the world: but that the world may be saved by him.” – Jn 3:17

The reward for being of service to our country and citizens, by mentoring someone, is not about back-slapping nor financial compensation, but rather, the knowing that it is the right, humane, and compassionate thing to do. And more importantly, the much-needed, sincere attention, solid guidance, and caring counselling, could turn someone’s life around, plant their feet firmly on solid ground, and set them on the right path.

Who are you helping today? What are you doing to make Trinidad & Tobago a better country? – Janine Aqui

Reaching out in humanity

‘My body, my choice’ bubble?

A nation of prayer warriors