Thy Will Be Done

Mammy’s faith was her greatness 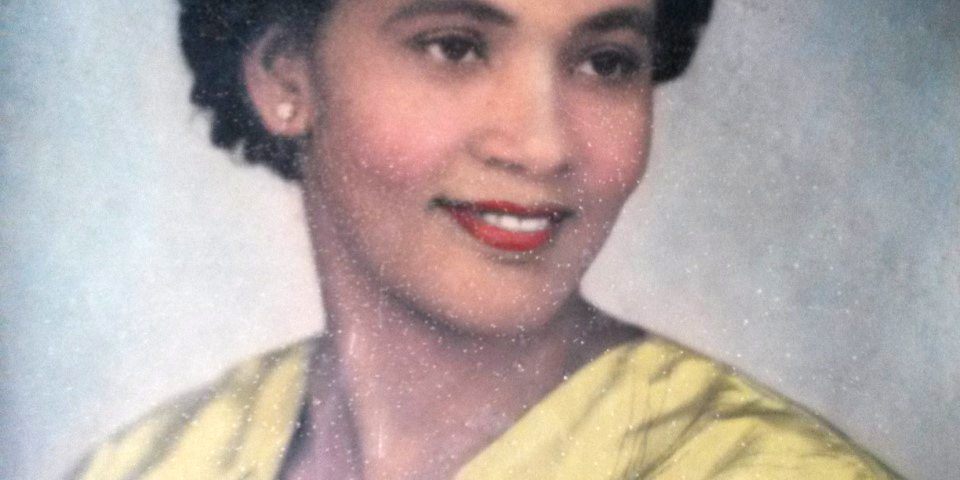 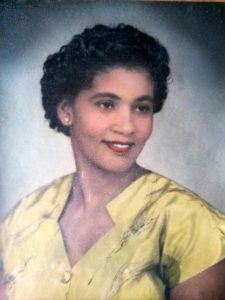 Amelia Chatoor was the mother of Ben (Margaret) and Delia; and the grandmother of Jonathan (Camille), Jeremy, Jordanna, Jann Marie and Shaka. Delia reflects on her mother’s life.

This Saturday, October 7, the Memorial of Our Lady of the Rosary, will mark 40 days since the passing of my mother, Amelia Chatoor. Known by several names which include Grandma, Tantie, Her Majesty (Bishop Clyde Harvey), Miss Noel and Mammy, it was only the privileged (Fr Martin Sirju) who were allowed to address her as Amelia. Mammy would have been 95 years on November 19.

Born in the village of San Francique, she did not allow the humble beginnings to be an impediment to her seeking to be a teacher. She joined the teaching fraternity as a monitor and during the turbulent years of the Second World War, she attended the Catholic Women’s Training College in Port of Spain.

It was the norm for her to describe the experiences of travel by train and the security concerns of the day. She recalled with profound sadness the Convent fire in 1944 and the loss of life.

From a professional perspective, Mammy found her niche in nursery school education and diligently saved her pennies to travel to England to pursue training in that field at the School of Education, University of London.

She was one of the first to work at the Model Nursery School, San Fernando but was also assigned to various Catholic primary schools in and around San Fernando. Her Infant Class at St Gabriel’s Girls’ RC had as many as 40 or more girls. A wooden ruler was kept in her desk but never used. Her approach to discipline was based on gentleness and “the look” which was enough for all who encountered her to know that they were in trouble.

On becoming a school supervisor in 1965, Mammy’s assignment was to the north-east counties with Sangre Grande as the base. She ensured that my brother, cousins and I discovered the lush and natural beauty of the Valencia forest and the areas along the road to Toco, Matelot and Manzanilla.

In addition to her work and her family, Mammy devoted time to organising annual May devotions to Mary at Christ the King RC Church, Les Efforts. The planning for the event was no ‘fly-by-night’ procedure but began shortly after the Christmas Season. She consulted various clergy and religious known for their discourses on Mary. Specific themes on Mary were identified for each year and all the facilitators were expected to work within them.

Her standards were high and she demanded much. Many a newly ordained priest sent to San Fernando would have been the recipient of thorough advice and, where necessary, sympathetic criticism, for example, Frs Garfield Rochard and Carlyle Fortune OP.

Mammy also drew in young people from among the altar servers who became part of the Legion of Mary and it was the norm for them to gather at our home to ‘ole talk’, plan activities or help in cleaning the house for Christmas. For Mammy, a clean house was the hallmark of a Holy Christmas.

When the grandchildren came along, she was enthralled by all special events in their lives and she retained reports of their accomplishments.

It was difficult, however, for her to slow down and accept that she could no longer attend to her garden, go on pilgrimages or attend traditional liturgical events. What kept her going were the visits from her grandchildren and the music they played, the ‘paranging’ from the Allard sisters, the singing of ‘The Lord’s Prayer’ in Hindi with Merle, a neighbour, and visits from priests and members of the Church community.

Mammy died when the statue of Our Lady of Fatima was in San Fernando. If she had been in good health, she would have organised the devotions assigned to Christ the King community.

One of her favourite hymns was ‘Glory and Honour’. There is the faith that Mammy is giving praise to God, thanking Him for the countless blessings He bestowed on her. Mother Mary’s greatness was her faith and so was Mammy’s. Rest in God’s peace, Mammy.