The first School of Liturgy

‘Worship, the West Indian Way’. This was the headline in the Catholic News of Sunday, August 28, 1977 as it reported on the first-ever Liturgy School in the West Indies.

The idea to start a School of Liturgy, clearly, was innovative and strategic, building on Archbishop Anthony Pantin’s and the Antilles Bishops’ leadership. Vatican Council II, having concluded 12 years earlier, and the start of the episcopate of the first local Archbishop of Port of Spain, unleashed a dynamism in the local and Caribbean Church to implement some of its recommendations.

The work of the Liturgical Commission set up by Archbishop Pantin and its work in localising the liturgy, particularly in music, led to the eventual establishment of the Antilles School of Liturgy in 1977. 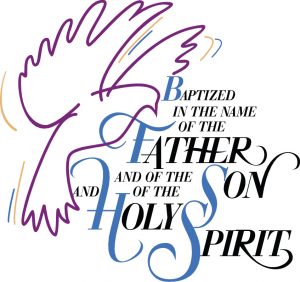 The work of Fr Ildefons Schroots OSB and Br Paschal Jordan OSB who served on the Commission in the pre-1977 period, is noteworthy. Both collaborated with the then Rector of the Regional Seminary of St John Vianney and the Uganda Martyrs, Fr Michel de Verteuil CSSp to give birth to this institution.

Fr Michel recalled in 1982 that he remembered Fr Ildefons coming to him in the seminary saying “Let’s run a summer school for the lay people involved in parish liturgy.”  This idea also coincided with and/or was fuelled by the Archbishop’s call for an Assembly of the local Church to discuss aspects of Church life in the archdiocese, Assembly ’77.

Their plan was for about 40 to 50 persons to attend and stay at the seminary; 150 persons responded. According to Fr Michel, “We just underestimated the hunger of people today for instruction in their faith.”

The Antilles School of Liturgy started as a Caribbean experience of Church gathered to reflect on, understand and share experiences on celebrating our sacred liturgy in the local context. The school in the minds of the founding fathers, was not an end in itself but “a way of improving liturgies in the Parish” (Fr Ildefons Schroots, Catholic News1982 page 8). While the pioneers had a vision for Caribbean liturgy and the need for the School of Liturgy, this became more clearly articulated over the early years.

As late as 1985, Fr Michel would admit that “Christianity has become, for many, a sort of crash course in human living. This is a betrayal of the inheritance as Catholics. The fact is that most Catholics are grossly uneducated in their faith and the School of Liturgy is an effort to fill the gap.”

The idea to start a School of Liturgy also gives us a sense of how dynamic and strategic priests were at that time, following the then Archbishop’s lead, thinking about and acting on consolidating and building a local and indigenous Church, in Trinidad and the Caribbean, in the light of Vatican II. Forty years after, the big question is, have we succeeded?

In those days a few priests would attend the school. A few young ones would even be lecturers and workshop leaders. But there was an incessant criticism of participants that they wished more of their parish priests would participate in the School for Liturgy.

Certainly, the numbers each year of the first ten years indicate a level of success. Each year between 250 and 300 participants would congregate at Mt St Benedict at the top of the Mount/Benet Hall. About 100 of those would be participants from other Caribbean countries as well as one or two persons who worked with West Indians in the diaspora, particularly, United Kingdom, Canada and the USA.

The early years of the school brought “people from a wide variety of backgrounds, studying together – priests, religious, young and old people from urban and rural backgrounds and all were learning”. 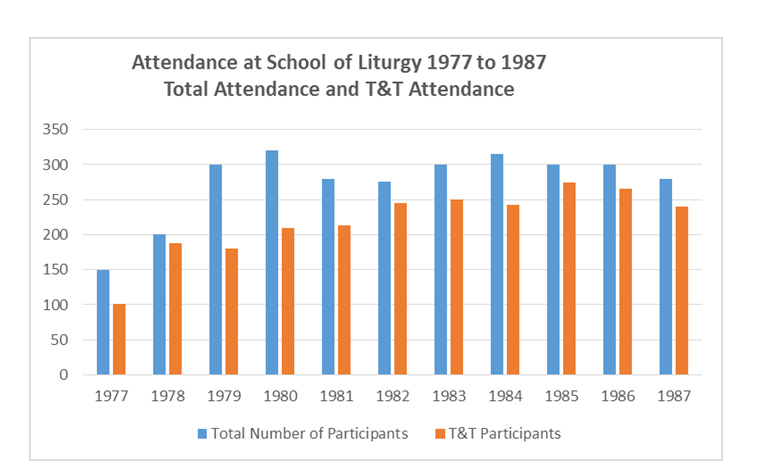 The organisers responded then to the annual complaint by some participants that the morning lectures were “too heavy” and the number of lectures be changed. Incidentally, this criticism continues to this day. Fr Michel was adamant that the lectures would remain. His words are instructive: “Faith in Jesus is a complex and integrated value system with all sorts of implications for life, for politics, economics, education, culture and so on. It takes much deep reflections to get at these implications.”

Fr Garfield Rochard would declare in 1985 when the organisers were reflecting on the past nine years that “one of the results of the Liturgy School has been to help form ‘parish ferments’ made up of people endowed with a sense of celebration and participation in the Liturgy. The Second Vatican Council gave to the people of God the opportunity to use their cultural talents in divine worship and this is being more and more appreciated.”(Catholic News 1985, pages 8-9)

One wonders to what extent these ‘parish ferments’ still exist today. Some parishes do have liturgical committees but no one knows how many nor what they do and what effects and impact they are having. There is a lot of anecdotal evidence to suggest that there is need for a renewal despite the existence of the School of Liturgy. The low attendance in the past ten years may be partly responsible. What is clear though is that the state of our liturgy in T&T has to be studied/researched.