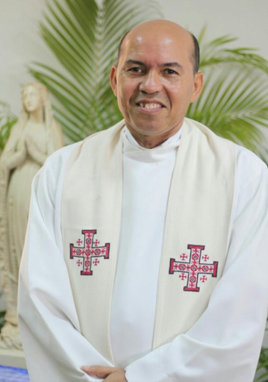 Fr Esteban Ramon Kross of the Diocese of Paramaribo, Suriname was appointed by the Vatican’s Congregation for the Evangelization of Peoples as Director of the Pontifical Mission Societies (PMS) in the Antilles last June. He assumes responsibility on Tuesday (August 1).

A July 17 press release from the Antilles Episcopal Conference (AEC) Secretariat expressed its gratitude to the outgoing national director, Fr Athanasius George Williams of the Diocese of St John’s-Basseterre, Antigua for his stewardship over the past five years and wished him well in his future endeavours.